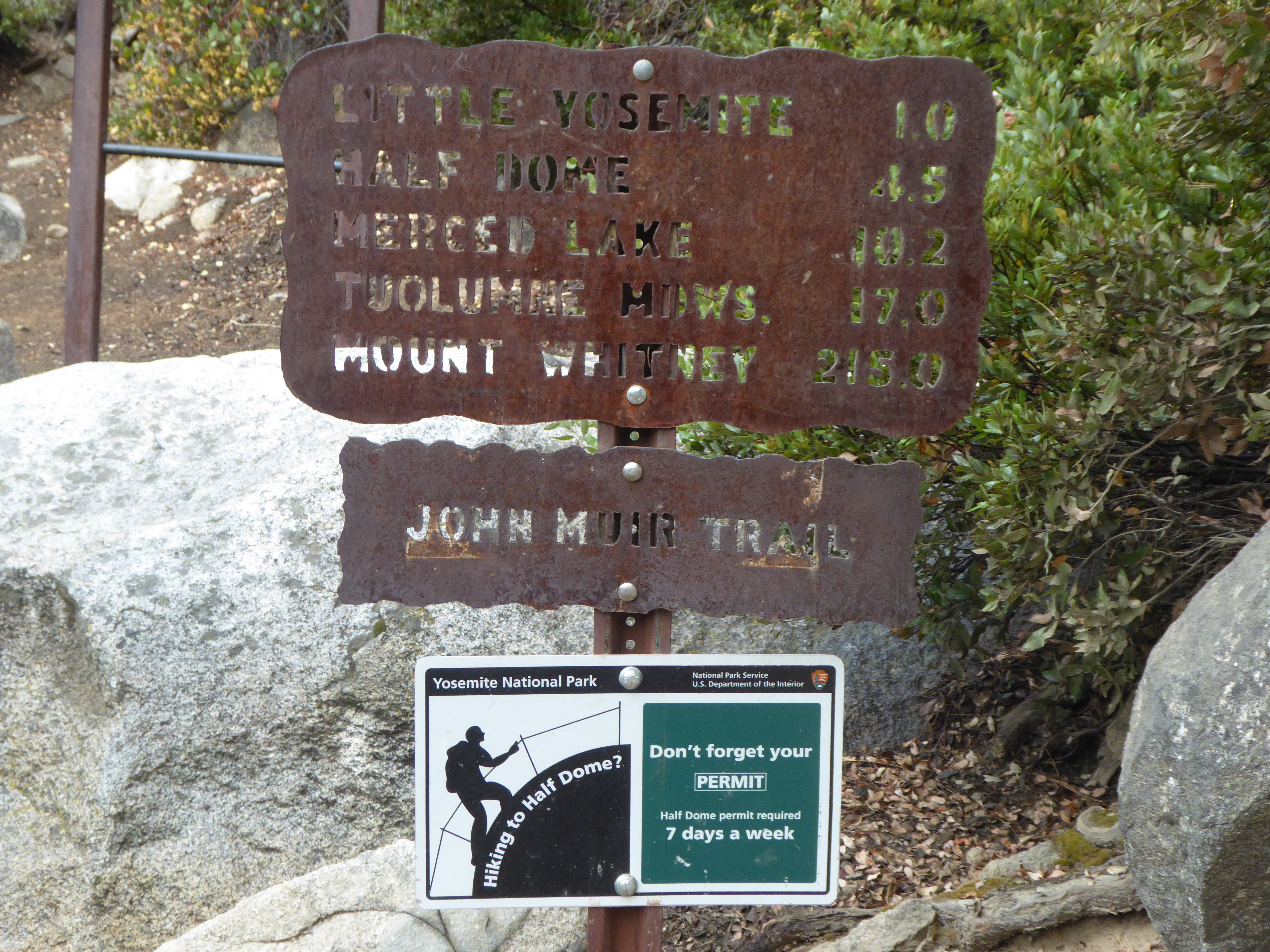 The National Park Service has announced that the preseason lottery for Half Dome summit permits will open on March 13 at 7 am PDT and close on March 31 at 9 pm PDT.   The opening was delayed from its normal March 1 opening date because of a change to a new vendor for the permits.

New for 2019 is that applicants may be a permit holder (trip leader) or alternate only once, on only one application during the preseason lottery.   The trip leader or alternate MUST be present at the base of the subdome for the permit to be valid.

Permits to hike to the top of Half Dome are required seven days per week whenever the cables are up (typically from late May to early October, weather permitting), in order to protect wilderness character, reduce crowding, protect natural and cultural resources, and improve safety.  A maximum of 300 hikers are allowed (about 225 day hikers and 75 backpackers) each day on the Half Dome Trail beyond the base of the subdome.  However no permit is required to hike up to the subdome base.

Permits for day hikers are distributed by lottery typically via Recreation.gov, with one preseason lottery having an application period in March and and daily lotteries during the hiking season. Daily lotteries are for ascent two days later.

Backpackers who would also like to ascend Half Dome should apply for their Half Dome permit with their wilderness permit.

Be sure to visit the National Park website for the most current permit information, and also for important tips on how best to prepare for the hike itself.